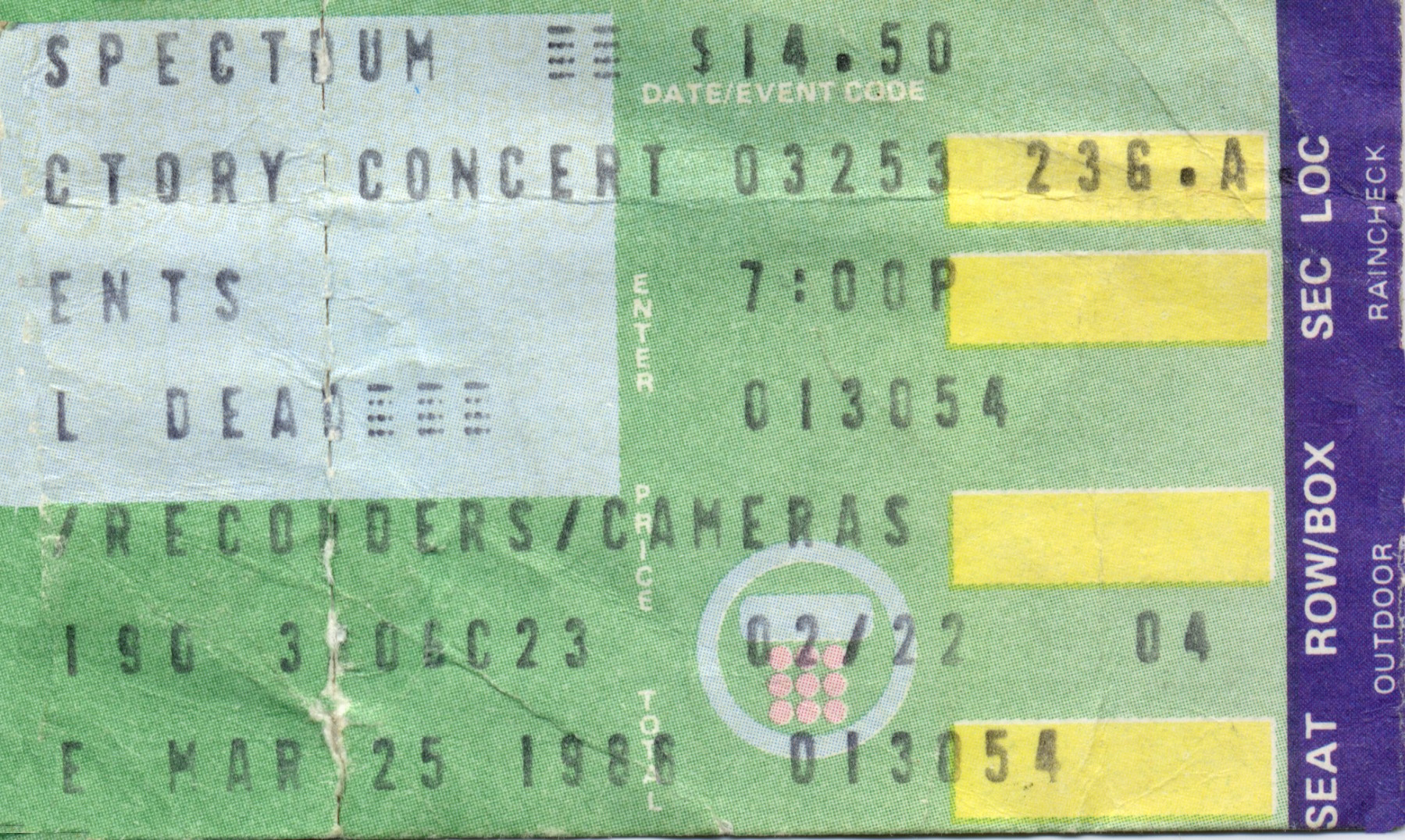 Feel Like A Stranger, Tennessee Jed, CC Rider, Tons Of Steel, It Must Have Been The Roses, Desolation Row-> Don't Ease Me In Scarlet Begonias-> Touch Of Gray-> Looks Like Rain-> Goin' Down The Road Feelin' Bad-> Drums-> Just Like Tom Thumb's Blues-> Black Peter-> Throwing Stones-> Turn On Your Love Light, E: Brokedown Palace

Reviewer: grateful phishmon - favoritefavorite - May 16, 2020
Subject: Lousy show in a lousy year for a great band
I decided to relisten to this to decide if it was as bad as I thought when I was there. That whole run was incredibly bad IMO, despite the excellent Dew the second night.

That said, a bad Grateful Dead show is still better than a good day at work.

They get off to a nice, jamming start with Stranger, with Bob apparently taking the lead at one point, Jerry finishing with a flourish, and Brent strong throughout. The band doesn't seem quite in sync, though, like they're not quite with it, so things start to go strangely.
Jerry tries for a different ending than normal, and doesn't quite nail it. Jerry builds up the intensity during Tennessee Jed, though it seems the rest of the band doesn't realize this is the peak and just plods along. C.C. Rider features a weird section where Jerry starts his solo before Bob's done with his, which actually sounds pretty cool, though I don't know if it was intentional or not. The lovely It Must Have Been the Roses comes off well. Bob's in a playful mood, introducing Tons of Steel with, "This song's in the key of F. I think." Really the first set is all right until they play Desolation Row, which means an entire three night run went by without a single first-set closing jam. No Let It Grow, no Bird Song, no Music. Deal and Cassidy went down the first night earlier in the set, so there's that.

On to the second set. Again, the playful mood and the spaciness set in at the beginning with an intro jam, mostly not captured on this recording, that turns Scarlet. All right, here we are! I'm up and dancing; Scarlet doesn't really build to a massive peak, but it's fun, and I'm anticipating a nice long jam and then a hot Fire. Not on this night. The outro from Scarlet barely gets going before Jerry forces it into A Touch of Gray. TOG is fast and ripping, with an actual solo, not the pro forma hit single they would play from 87 on. It's still no substitute for Fire.

They then follow up with Looks Like Rain -- horrible, horrible!! They follow one abomination (Touch out of Scarlet) with another (second set Looks Like Rain, which would later, sadly, become commonplace). It's an OK version, not a great one, though Jerry plays beautifully at times. LLR is a lovely ballad, but not something I want taking the place of a jam song -- how 'bout bringing back Lazy Lightning>Supplication, maybe? Even Sailor>Saint was better. I'm sitting there in disbelief while the people I went with are cheering wildly. I envied their blissful ignorance -- they didn't know this band was capable of so much more. A set that started with promise is being killed, and they're cheering like it's the greatest event of their lives. Well, it was the first show for some of them, so I guess it was at that time.

It'll take something extraordinary to bring this show back and GDTRFB isn't it, although it builds some intensity. The "jam" that follows is mislabeled; it's actually Drums, although Jerry plays with the drummers for a minute or so. With the Other One already played (badly) the first night and Morning Dew (very well) the second night, there's no saving this show now. At least Tom Thumb's Blues was a first for me, but it's fittingly followed by Black Peter, played with no special sauce.

It's still an enjoyable listen, but there's so much better out there, even from 86. I tried to write my review from my perspective being at the show, knowing it would be quite a while before I'd get another, and the disappointment I felt when I hoped I would get a few of the songs I love they didn't play the first two nights (Let It Grow, Bird Song, Music Never, Scarlet>FIRE, Estimated, Eyes, Terrapin, Playin', Uncle John's) and I got none of those, and no surprise jams to speak of. In retrospect, it wasn't like I was roped into going to see Huey Lewis and the News (though they'd have had to buy my ticket for that). But that's a pretty low bar. Actually a Huey Lewis show would have had more energy, more focus, and better play, and maybe even more jamming.